As promised, these are the final photo sequence I took of the strange clouds that paraded past my apartment window in San Francisco on September 4, 2019.

At left is a photo library on my iPhone that shows the sequence of how the photos listed below were taken. The circled photos show how the arm raised fist with the two faces opposing each other had later traveled six minutes into the distance retaining its form with the story of one being victorious taking another captive.

To me, these clouds tell a story under the theme of Ephesians 6:12 regarding principalities.

12 For we wrestle not against flesh and blood, but against principalities, against powers, against the rulers of the darkness of this world, against spiritual wickedness in high places.


What I've been seeing in these photos are small stories conveyed related to spiritual battles and various forms of warfare up above among the principalities of the air in the second heaven as described in Scriptures. The last time I saw photos like these was back in May, 2017. See What a Christian Blogger's Photography Looks Like - 2017 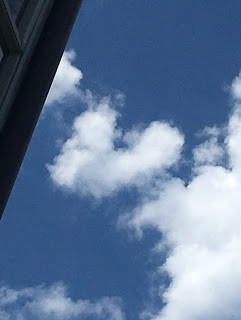 Click to Enlarge
The original photo of a face with arm and fist passing to the left of my apartment window. 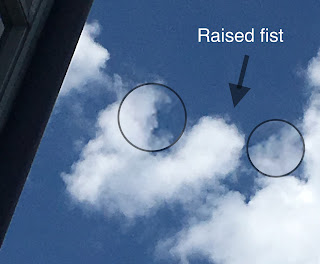 Click to Enlarge
This is a zoom in with magnified areas
I saw two faces along with the arm and fist. 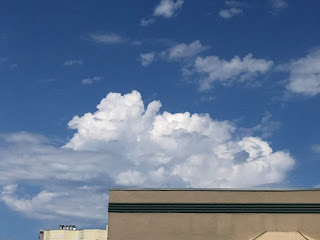 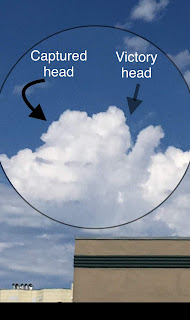 Click to Enlarge
This is a zoomed in magnified version of the two faces I see as if the back of the heads are joined. The victor won the battle with the same raised fist pictured earlier. The loser has an opened mouth of anguish. The striped clouds indicate the loser's been tied up and restrained.


My latest Podcast discusses this Spirits In The Clouds photo series of September 4, 2019 in more detail. 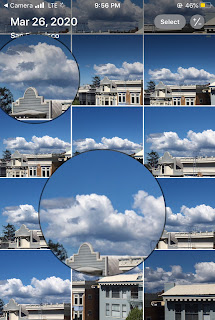 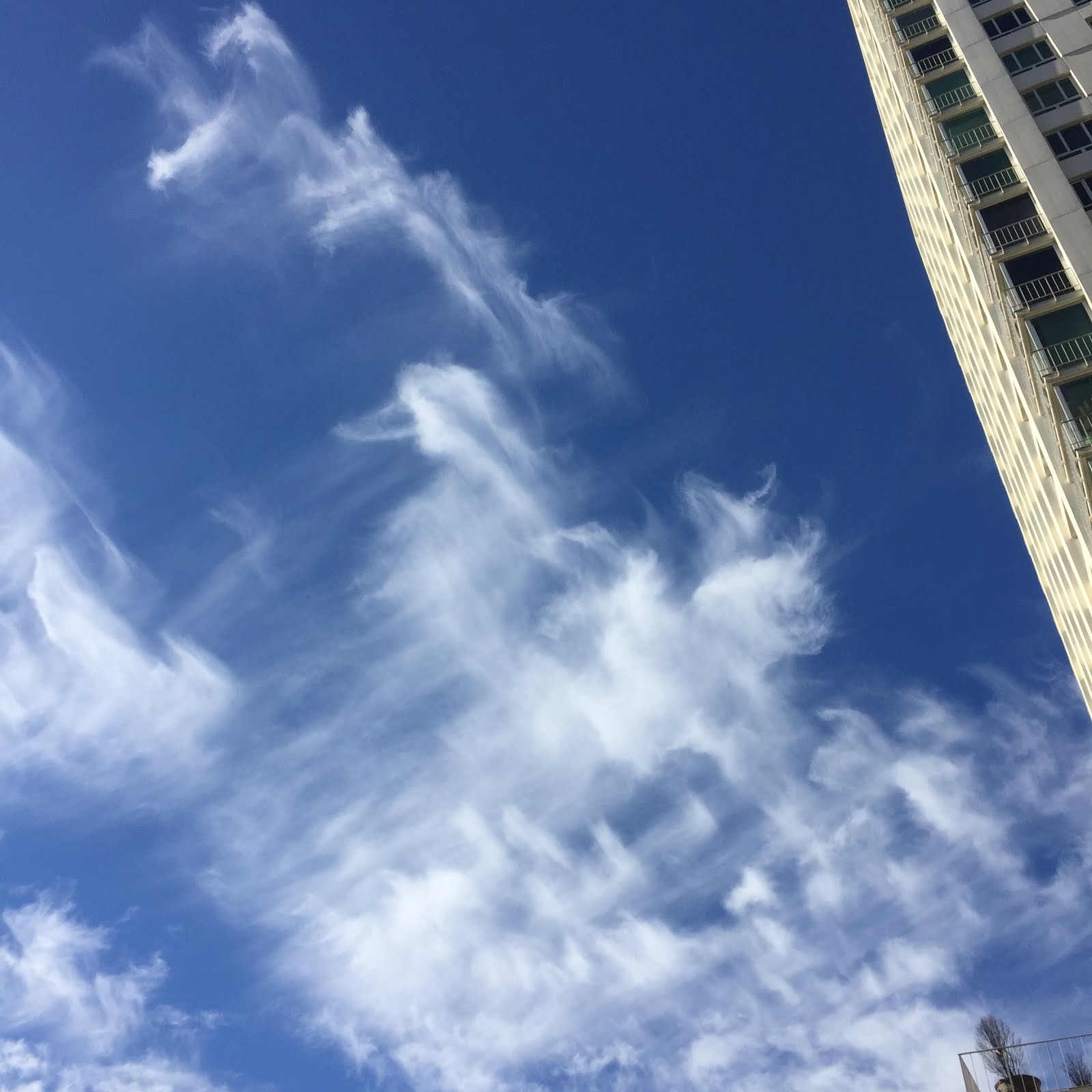 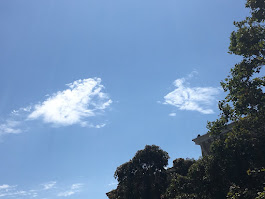 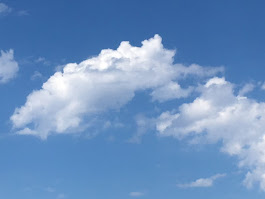 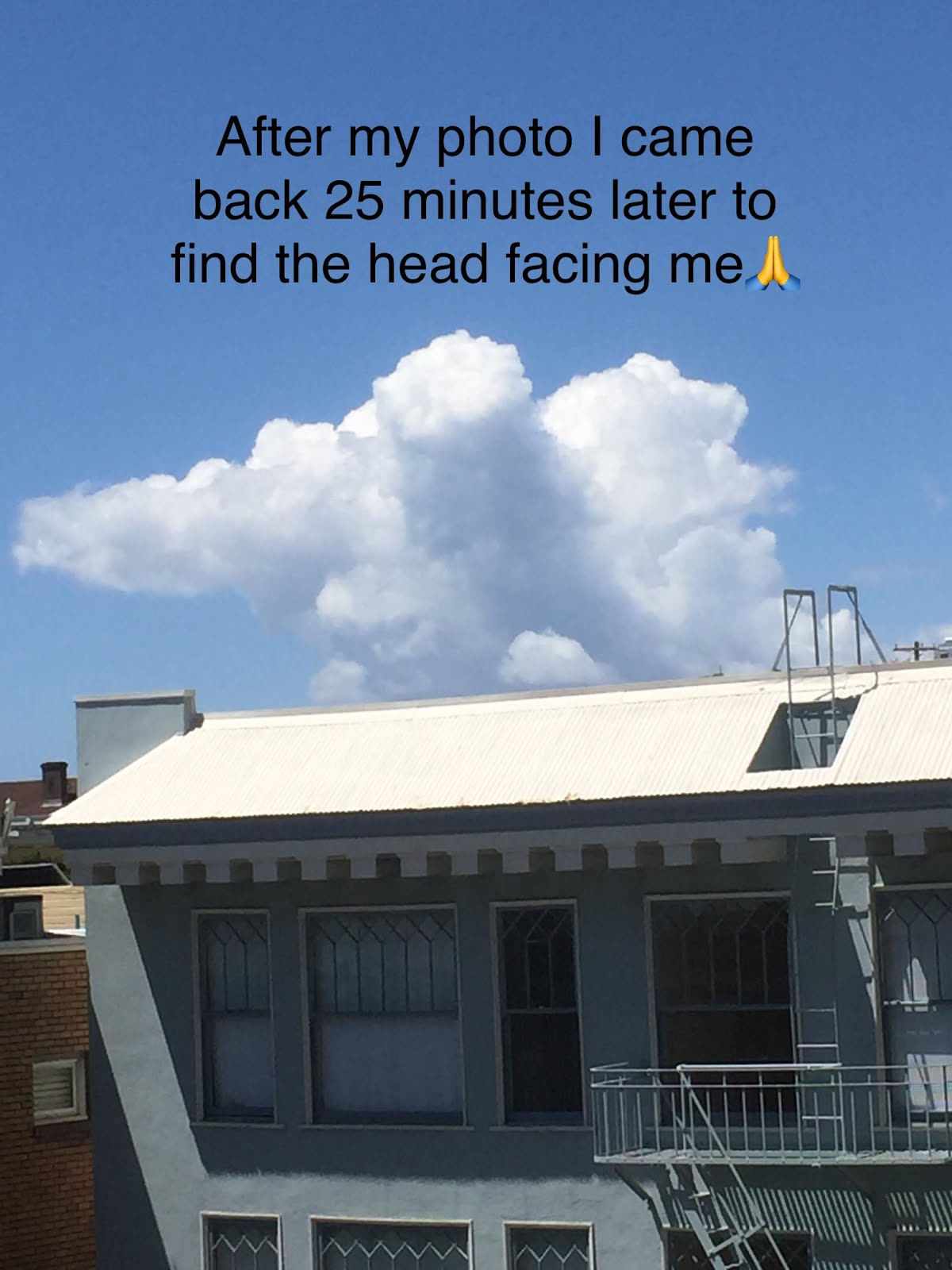 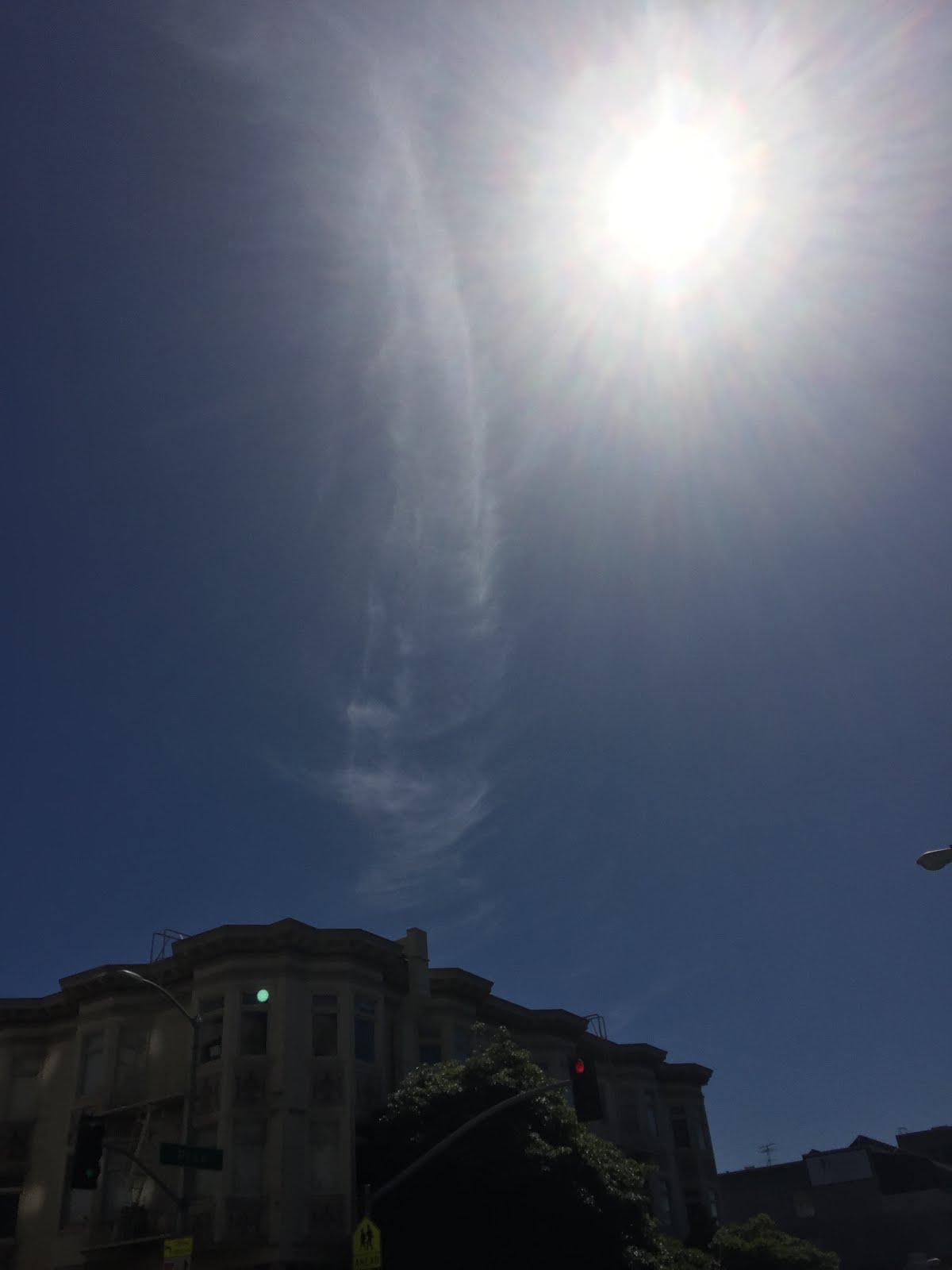